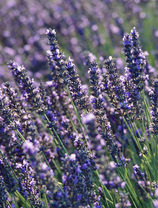 Memorial Candle Tribute From
Honan Funeral Home
"We are honored to provide this Book of Memories to the family."
View full message >>>
In Memory of
Amy Elaine
Cable
1918 - 2016
Menu
Send Flowers

Amy Elaine (Mayer) Cable, a long time resident of Cheshire, CT passed away peacefully Sunday, April 10, 2016 at the age of 98 at the River Glen Health Care Center, Southbury, CT.
Amy was born in 1918 to the late Fredrick G. Mayer and Ivy L. (Andrews) Mayer. She grew up in Newtown, CT and graduated from Hawley High School (now Hawley Elementary School) in the year of 1936. For a time she was employed as a Clerk in the Probate Office in Newtown.
Amy married Glover H. Cable (who predeceased her in 2003) in 1952. They moved to Waterbury, CT where Amy was employed by Scovill Manufacturing Company, from which she retired. Eventually the couple settled in Cheshire.
Amy was also predeceased by her brothers, George N. Mayer and Robert W. Mayer, Sr., both of Newtown. She is survived by a sister, Ruth M. Liska of South Thomaston, ME. Surviving also are three nieces, Carol Mayer, Marilyn Mayer and Jennifer Janutolo all of Newtown;three nephews, Robert W. Mayer, Jr., and wife, Laura; Richard M. Liska, Jr. and wife Donna, who was her companion and caregiver for many years, all of Newtown and Jeffrey D. Liska of South Thomaston, ME. She also leaves behind great nieces and nephews and great-great nieces and nephews.
Mrs. Cable enjoyed sewing, gardening, painting and watching the birds in her backyard. Living nearly a century she had a lifetime of stories to share.
A graveside service will be held Wednesday, April 13th at 3:00 pm at the Village Cemetery, Newtown, CT. Honan Funeral Home, 58 Main St., Newtown is in charge of arrangements.


To send flowers to the family or plant a tree in memory of Amy Elaine Cable (Mayer), please visit our Heartfelt Sympathies Store.