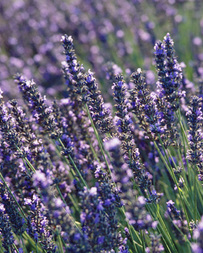 Memorial Candle Tribute From
Honan Funeral Home
"We are honored to provide this Book of Memories to the family."
View full message >>>
In Memory of
Martin Edward
"Marty"
Bennett
1926 - 2011
Menu
Send Flowers


Martin E. Bennett, age 84, a long-time Newtown resident, community activist and consummate restorer of antique automobiles, died April 26, 2011 at the Brentwood Rehabilitation Center, Yarmouth, Maine after a long illness. Martin was born on October 28, 1926 to the late George Edward and Mary (Connors) Bennett. Marty was an only child, but always was surrounded by a full house of adopted siblings, his beloved aunt, Anna Connors Winkle and uncle, Matthew Winkle and relatives and friends. He and his family were active parishionersof St. Rose of Lima Church. After he graduated from Fairfield Preparatory School, he went on to serve in the United States Army during the Korean War era, as an automobile mechanic stationed at the Aberdeen Proving Grounds in Maryland and in Germany. Marty married Patricia O'Donnell and resided in Hamden for twenty-five years where he worked in the insurance industry as a claims adjuster and where he raised a family. Marty returned to his childhood home in Newtown that he loved so much, became recognized as an outspoken critic of local taxation policies and immersed himself in his life's passion of restoring antique cars. His technical skills were exceeded only by his devotion to exacting precision and artistic detail. He maintained his private workshop during his remaining thirty years. He is survived by his former wife; three children, Patricia Chiarelli of Newport, R.I., Sean Bennett of Pownall, Maine and Maura Wittstein of North Andover, Mass.; and four grandchildren, Talia Chiarelli Grossi, Victor Chiarelli III, Daniel Wittstein, and Bryan Wittstein. A Mass of Christian Burial will be celebrated in St. Rose of Lima Church on Monday May 2, 2011 at 11 am. Interment will follow in St. Rose Cemetery. Friends may call in the Honan Funeral Home, 58 Main Street, Newtown Sunday, May 1, 2011 from 3 to 6pm.


To send flowers to the family or plant a tree in memory of Martin Edward "Marty" Bennett, please visit our Heartfelt Sympathies Store.